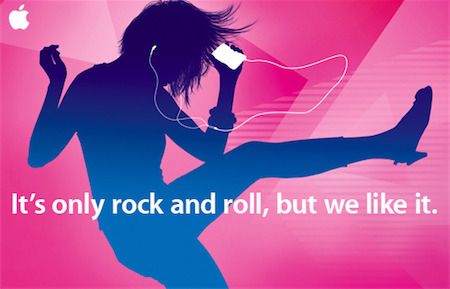 As a devoted fan and user of Apple products, I’m always trying to think about what is coming “NeXT.” We have heard much of the speculation as to what is going to be there and what is not, but I thought that I would “divulge” the script for the presentation.

For the enhanced album format, think of it as digital boxed sets with extra content, but the real issue, and one that might upset some people, is that labels will be able to sell the enhanced albums as a single unit, without having to sell individual tracks. No one will complain about this detail at first, because I think that we will see The Beatles delivering the first of these digital box sets (see the “One More Thing” below). You do see this “Album Only” purchases already in the iTunes Store, but now let’s go a step further, perhaps adding track markers to “follow” song lyrics on iTunes, iPhone, iPod Touch and iPod Nano.

iTunes 9 will also include features for managing applications on the iPod Touch and iPhone, specifically so you can organize which applications are on which “page” and I suspect include the ability to rate/review applications from inside iTunes.

iPhone owners will rejoice at finally getting MMS and tethering support (AT&T will charge $60/month for this) through the iPhone OS 3.1 update. The focus will be the native iTunes application on the phone will allow people to purchase ringtones from the phone directly, as well as better support and management of podcasts, making the phone a “real” podcast client. New podcast episodes that you are subscribed to will be able to be downloaded directly to the phone over a 3G (10MB or smaller) or WiFi connection (episodes over 10MB).

The form factor of the current iPod Nano line will not significantly change, except to add a camera to the back. No extra buttons or microphone and no touch screen. The voice-over technology will make its way onto the Nano by pressing and holding the center click-wheel button, or you can purchase a fancy set of Apple headphones that are not included with the iPod Nano.

The current 8GB model iPod Nano will remain, perhaps in only two colors (silver and black) but the price will be lowered to $99. The new iPod Nano with camera will come in two sizes, 16GB at $149 and 32GB at $249. I think that there will be only a few colors offered, probably 4-5 for the 16GB model and only 1-2 for the 32GB model.

(Side note: The iPod Shuffle will hang around for a while longer at its $79 price tag.)

One More Thing: Steve Jobs and The Beatles

Apple likes to have guest artists at this event, and given all of the other things that are happening with The Beatles on 09.09.09, we could see a performance, perhaps by satellite. And if The Beatles are performing, Steve Jobs will be there to introduce them, complete with jeans and mock turtleneck.

Other Things That Wouldn’t Shock Me

(Full disclosure: I have no official sources for this information other than intuition and guessing.)